How Much Does it Cost to Run a Pump? 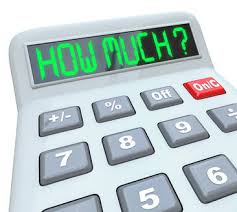 Best Wishes to all of our customers, colleagues, and friends for 2014. We look forward to working with you in the New Year. Over the past few months, we have discussed the efficiency gains which can be attained from using Vespel® CR-6100 wear rings with reduced clearance in centrifugal pumps. One of the common questions we have received is “what is the payback period for the investment?” The answer to this question depends on how much you are paying for power, and that varies widely around the world. Below is a table showing the average cost of industrial power around the world and the cost of operating a 100 horse power pump continuously for one year. Middle East In the Middle East, it is not unusual for plants to play $0.02/kWh for power. However, this does not reflect the true cost of power. In Saudi Arabia, power is often produced by burning oil. Whatever they do not burn can be exported for more than $100/bbl. This means the true cost of power to Saudi Aramco is $0.07/kWh. A similar situation exists in other regional countries which export natural gas. The value of the gas as an export is approximately $0.05/kWh (depending on the spot price of gas). Payback Period As we discussed in recent months, the % of the power which can be saved is a function of pump specific speed. For the payback period, we will look at a typical process pump with a specific speed of 2000, and assume the pump service has 2 pumps (100% fully spared operation). Using the above assumptions, the payback period from energy savings alone for upgrading a pump with Vespel® CR-6100 is as follows: