Lighten the Load on your Agitator 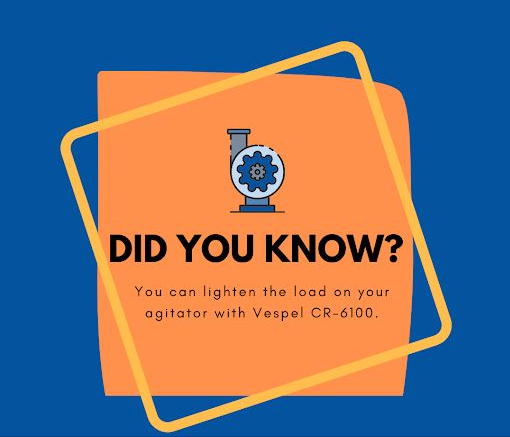 Mixers and agitators have a heavy load to carry – and they’re typically supported by only two bearings. Apart from the large load, these bearings must also be able to withstand a wide range of temperatures and chemicals.

By upgrading to Vespel® CR-6100 bearings, you can avoid the wear and tear that usually occurs with traditional bearings for a more efficient and cost-effective system in the long run, 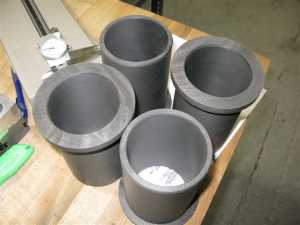 Mixers and agitators typically have shafts 5 to 7 meters (15-20 feet) long with large propellers designed to mix the process fluid. The shafts are often supported by only two bearings—one at the top and one at the bottom.  These bearings must withstand significant radial loads, in addition to a wide range of temperatures and chemicals.

Mixers and agitators are frequently built with PTFE or filled-PTFE shaft bearings. PTFE-based materials are used because they offer excellent chemical resistance and low friction. Unfortunately, these materials have significant shortcomings in their dimensional stability.

The Weakness of PTFE

PTFE agitator and mixer bearings wear prematurely for several reasons. It is well-known that PTFE-based materials tend to cold-flow and creep. So, when radial loads are applied to the bearings, the PTFE will deform under load. Over time, the bearing clearance increases, allowing the shaft to move, increasing radial loads and accelerating wear.

Compounding the problem, PTFE-based materials typically have a very high coefficient of thermal expansion. In elevated temperature service, the clearance at the bearing will change with temperature, making the bearing clearance dependent upon operating temperature.

Finally, PTFE can be abrasive to the mating metal surface, causing wear of the metal part.

Vespel® CR-6100 mitigates all of the above issues. Vespel® CR-6100 does not cold flow or creep and experiences minimal deformation under load. The mixer or agitator bearing acts like a bearing and keeps running. The material can withstand very high loads with minimal wear and continue running.

Furthermore, Vespel® CR-6100 generally does not cause damage to mating metal parts, allowing the bearing to maintain minimal clearance for a very long run.

For many years, Vespel® CR-6100 has been used for mixer and agitator bearings with excellent results. Process fluids have included, acids, bases, aromatics, hydrocarbons, and specialized chemicals. If you are experiencing premature wear of any mixer or agitator bearings in your plant, contact your local Boulden representative to discuss an upgrade to Vespel® CR-6100.